An invasive species can be any type of living organism – a plant, fish, fungus, or bacteria for example that is not native to an ecosystem and that does harm. They can harm the environment, the economy, and even human health. Species that grow and reproduce quickly, and spread aggressively, with potential to cause harm, are given the label of “invasive”.

Once introduced, these non-natives are separated from the predators, parasites, and diseases that kept them in balance in their native environments. With such controls lost or diminished, they often become pests, some to the extent that they injure ecosystems and cause economic damage. In addition, some species have adaptations that allow them to overtake and possibly displace resident species.

Invasive species are primarily spread by human activities, often unintentionally. People, and the goods we use, travel around the world very quickly, and they often carry uninvited species with them.

Invasive species can affect property values, influence economies of water-dependent communities such as ours, and are costly to manage.

The Commission was formed for the purpose of coordinating aquatic invasive species awareness, prevention and management efforts on the Chain. In 2007, nearly 300 acres of dense, surface-matted EWM blanketed the Eagle River Chain. Since 2008, bringing EWM to a manageable level has been the primary focus of the Commission’s activities.

Although the Commission's focus is to manage aquatic invasive species, native plant species play a significant role in the health of our lakes. To learn more about native aquatic plants Click Here.

Much of the Eagle River Chain looked like this in 2007 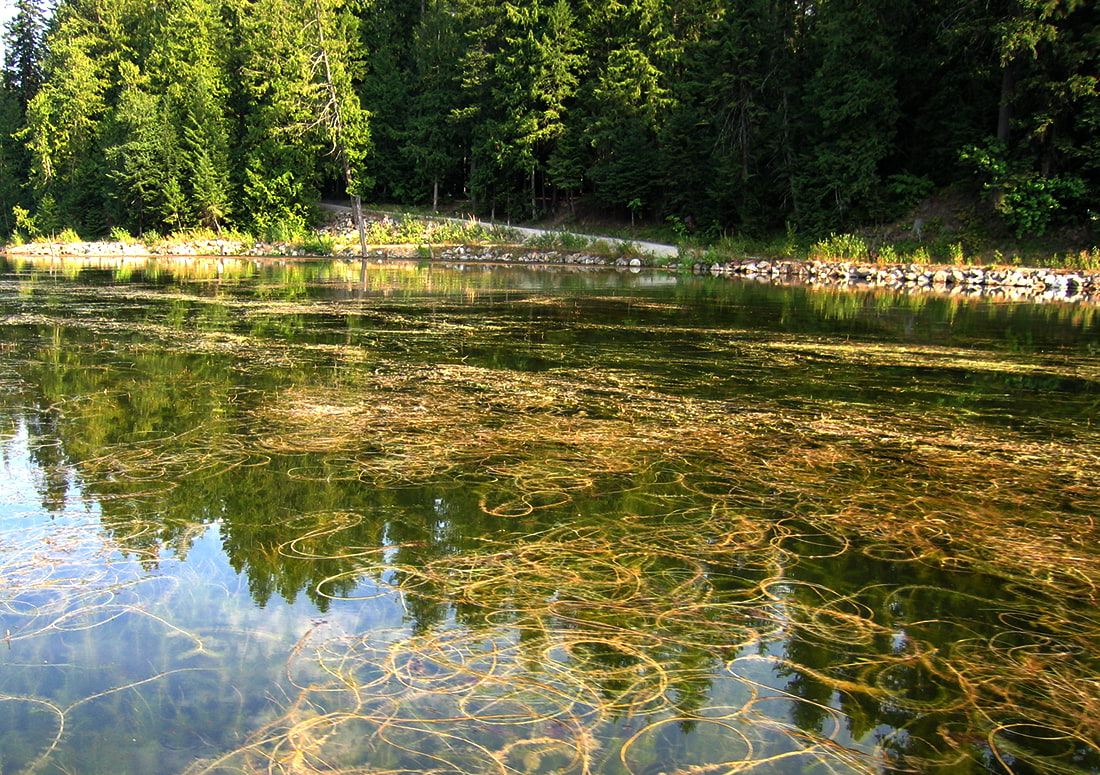 Other invasive species that are present on the ER Chain and a threat to our waters include yellow iris, yellow loosestrife, and purple loosestrife. To learn more about these invasives and what’s being done to control them visit the Eagle River Chain of Lakes Association website.